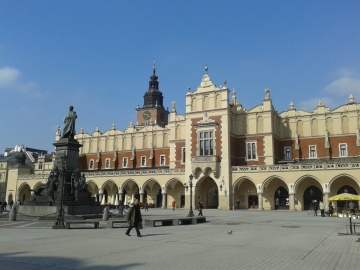 Most remarkable was the score of the 4 and 5 star hotels in Krakow – these got the highest score of all European city breaks with an average of 8.7. The city also scores exceptionally high for culture, getting a 9.0. It’s the second reward for Krakow in this competition. In 2011 the city won the second place.

Krakow has been recently awarded also in other ratings. In October the city got a 15th place in 2013 Reader's Choice Awards of the famous Condé Nast Traveler magazine for the 25 most beautiful cities of the world. In December 2013 the Market Square of Krakow won in a competition for the most beautiful square in Europe organized by Lonely Planet.